Boxing Helena’s Kon Ardore, call name Santo, was born in the Boxing Helena’s Kennels of our friend Bart Scheerens in Belgium. For Bart this was a very important combination and he decided to keep four puppies to decide later which ones to keep. Because it is almost impossible to socialize four puppies we decided to help Bart out and take two puppies home for a while and socialize them for Bart.
Although Bart preference was by the other male he kept in the beginning, Mauro Perno (Rivarco’s Whippets) liked Santo the most and gave him his name, Kon Ardore, this means more or less: FULL OF FIRE.

And full of fire Santo was in the beginning, very dominant, thinking he could rule the world and become the boss of the Shiny Sensation’s Whippets. Very soon he realised that was not the case, Shadow (Shiny Sensation’s First Challenge) told him clearly that his ranking was at the bottom of the crowd, and after repeating this warning a couple of times, Santo finally accepted this and found his place in the group.

Now Santo is a very affectionate boy, loves to always be close to you, loves to travel and go to the shows. Lately he had a first try at the coursing which he loved, and we hope that he will gain his coursing license in the beginning of 2014. 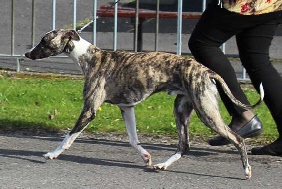 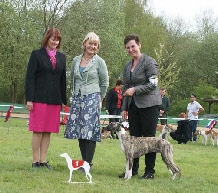 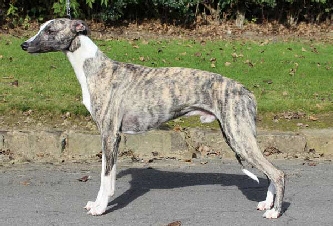 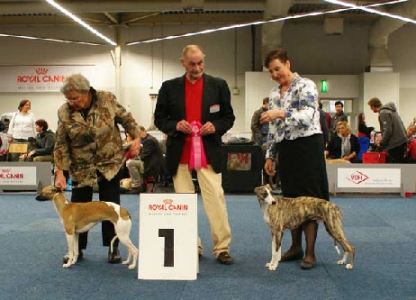 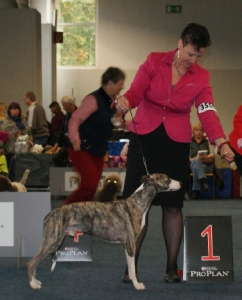 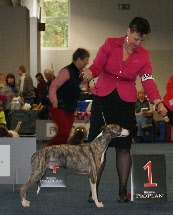 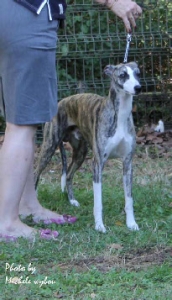 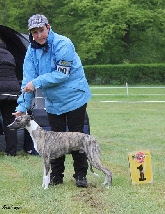 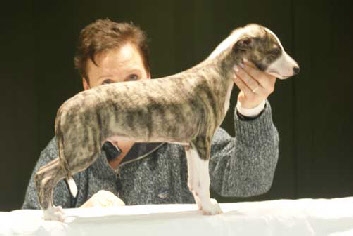 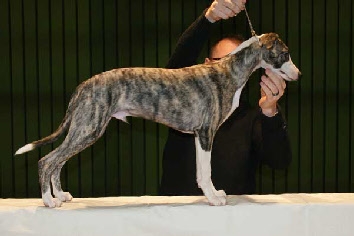 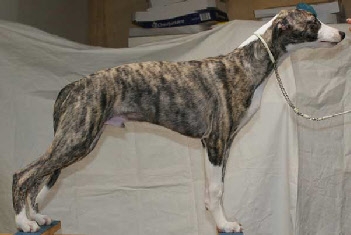 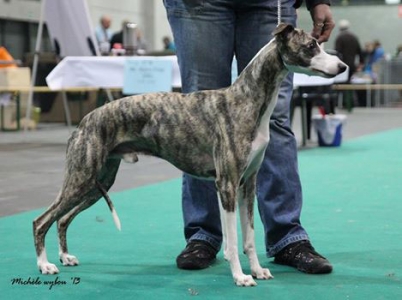